At the beginning of a relationship, emotions are intense. One frown from your partner and you start to descend into the realm of chaos, or one smile and you feel ecstatic. Why is that? It’s because if you succeed, and the smile is a sign of making progress, then you get to have an awesome buddy, which makes that pursuit worthwhile. Also, if you fail then it brings up a whole realm of terrifying thoughts into your head: “why did I fail?” “Am I not lovable?” “I’m worthless” etc. You can quite easily think yourself into a depressive state. The emotions, especially early on, in a relationship are so powerful because the goal is so meaningful. People often consider marriage to be the goal of a relationship, and it’s no wonder that people experience a dramatic decline in positive emotion once they’ve been married for awhile, it’s because they believe they’ve achieved their goal. The goal of a relationship is not marriage! It’s far more meaningful than that! Marriage is the commitment to the goal: to have and to hold, from this day forward, for better, for worse, for richer, for poorer, in sickness and in health, to love and to cherish, till death do us part. That’s the real goal! 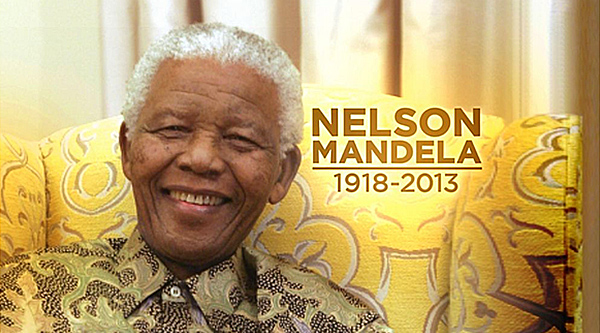 Nelson Mandela spent 27 years in jail trying to overthrow the pro-apartheid government in South Africa. The Apartheid government, which literally means “separateness government”, erected a racial hierarchy in South Africa which led to innumerable atrocities. There is no doubt that Nelson Mandela witnessed some of this oppression and abuse first hand. Nelson Mandela fought for so long and sacrificed so much because his goal was so meaningful. If he succeeded, he got to put an end to racial segregation and create a better life for all of his friends and family, but if he failed it meant that they would continue to be oppressed for the rest of their lives. That’s a strong goal! Nelson Mandela became the first Black President of South Africa and put an end to the pro-apartheid reign. He continued to fight for racial equality his entire life, and he was a profoundly joyful individual.

So, there’s a couple things to consider when you’re setting up a goal. The first is to find something meaningful, something that really matters to you. The second thing is to find a goal that has consequences if you fail, this way you have the meaning which is pulling you towards your goal, and fear which is pushing you away from failure. The third is to find a goal which is time sensitive, it’s useless if you have a goal that’s 50 years in the future because there are too many variables. The fourth thing is to choose something which you will be able to see progress towards because if you can’t see it, that means no positive emotion, which means no motivation. If you can balance all of these things, you may just find yourself able and willing to sacrifice towards any goal you see yourself capable of.