The coast of Louisiana—an area that is no stranger to disasters (a hurricane strikes about once every three years)—has many animals, industries and vibrant people that call it home.

But in April of 2010, this southern part of the state was hit with one of the worst catastrophes: the BP oil spill. News of the spill landed at every news outlet around the world and even after the oil stopped gushing, one question seemed to remain: would Louisiana ever recover?

With strong influences from French, Spanish and African cultures, Louisiana is located in the southern region of the U.S., just east of Texas and right on the Gulf of Mexico. The Mississippi River, one of the largest commercial waterways of the world, runs through Louisiana. The state is divided up into different parishes—local governments similar to counties. One of the most notable cities is New Orleans, famous for its rich culture, history, food and festivals (think fab celebrations like Mardi Gras). 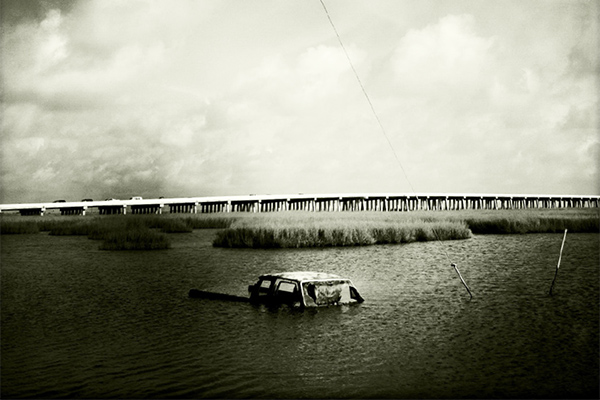 The coastal part of the state is unlike other areas of the country that stand next to an ocean, in that much of Louisiana’s coast is not a definite line between land and water. Wetlands, bayous, swamps and marshes, along with some more typical sandy beaches, give the coast a peppered and unique look on the map. These areas, sometimes half-water half-land, provide a buffer against tropical storms and hurricanes, and also give a home to industries like fishing, shrimping and oil dredging that contribute to the nation’s economy.

FAST FACT: The southern coast of the state is one of the fastest disappearing lands on the planet—rising water levels combined with natural and man-made erosion have resulted in Louisiana losing “a football field of wetlands every 38 minutes,” according to Dr. Bob Thomas, director of Environmental Communication at Loyola University. 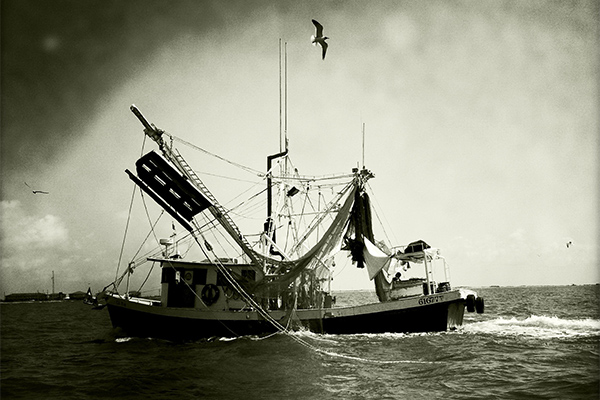 Louisiana has been in the news for many reasons: Hurricane Katrina, in 2005, brought about global awareness as the storm surge broke nearly all levees protecting New Orleans from the rising water and 80% of the city flooded; many lives were lost and, in total, $81 billion worth of damage was incurred.

Most recently, the world turned its eyes on the area again when, in April of 2010, an explosion occurred on a BP oil drilling unit called Deepwater Horizon, just off the coast of Louisiana. It quickly burned and sank, causing a massive oil spill in the Gulf of Mexico that poured 4.9 million barrels into the water, over three months, before it was capped.*

BP—the fourth-largest company in the world—made a mistake. And the Louisiana coast paid for it. The damages to marine and wildlife habitats, as well as industries like fishing and tourism, were immeasurable. 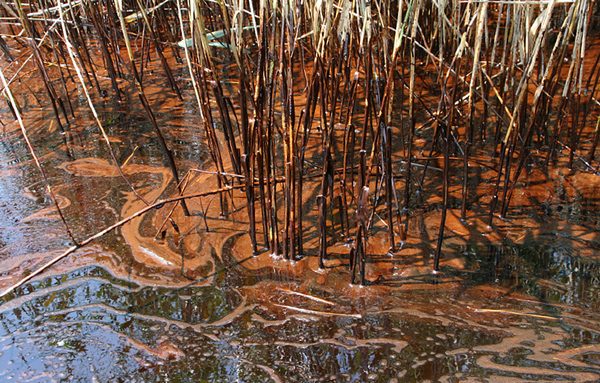 A year after the initial disaster, we were invited down to the state in order to see how—or if—the area is bouncing back.

The Louisiana coast is really unlike any other place I’ve ever been. One of our first stops was to the only inhabited island on the state’s coast: Bridge Side Cabins & Marina, in the Jefferson Parish, on Grand Isle.

Out in the Gulf of Mexico, the island is only about 13 km long and 1.6 km wide. The only land access is a massive bridge that carries you over the wetlands and it’s a significant journey into vacation mode. The locals we met there told us firmly that you have to “leave all your stress on the other side of the bridge.” (You can pick it up when you cross back over.) A relaxed and slower-paced life allows locals and tourists alike an opportunity to enjoy fishing, boating (our tour boat was flanked by dolphins for most of the ride—mom, dad and baby!), crabbing, bird watching (the island is dead centre for both spring and fall migrations) or just chillin’ on the beach. It’s a perfect spot if you want to escape the hustle of your busy life back home.

Another memorable stop on the trip was to Cajun Fishing Adventures Lodge, in the neighbouring Plaquemines Parish. I’m not much of a fisher—probably because of the early morning requirements (“What do you mean we start fishing at 6:30 a.m.?”)—but this day was definitely one of my favourites. Out all morning on a boat in the areas in and around the Mississippi river, we had two fabulous guides who helped with my non-skills in baiting the rod, knowing where to cast and then reeling them in. I actually caught five fish—a lifetime record, for sure—some of which were as big as 20 inches (Hello! That’s more than half a metre!).

When my fishing partner and I had our fill, our guides took us through some of the other waterways, because we wanted to do some gator hunting—and by hunting I mean spotting them lurking in the waters from a good distance away before cowering at the other side of the boat. What a blast! 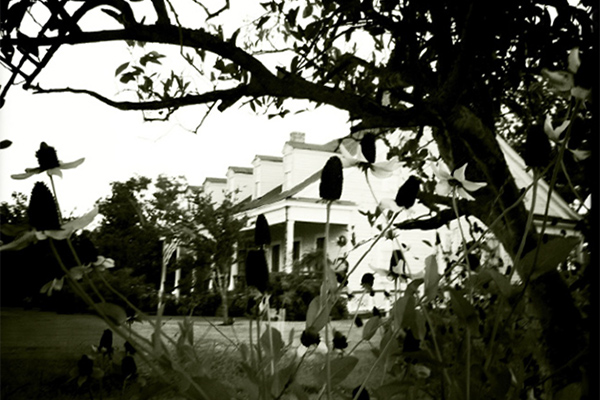 We arrived at our next stop, Woodland Plantation, an authentic 1830s antebellum mansion (meaning it was built before the American Civil War), just before dark. It backs onto the Mississippi River and has been featured on bottles of Southern Comfort since 1934.

Now, there’s a certain curiosity that drives you ask about ghost stories and a strange thrill that comes from hearing them, but when the lights go out and our imaginations creep in, the slightest noise causes heart-stopping terror.

When I heard we would be staying in the rooms of this beautifully restored historical landmark, I was super-excited. I climbed the stairs to find a bedroom to claim as mine and happened upon one called the “Roost.” I stepped inside, ready to put my suitcase down, when I heard a strange creaking sound—one that certainly did not belong to my, or anyone else’s, footsteps. Not the room for me, I thought and settled on one down the hallway.

Later, during dinner, we found out that the house is reportedly haunted. Well, two rooms to be exact: one of them—surprise, surprise—was the “Roost.” Our tour group, properly freaked out, started exchanging ghost stories, which only served to heighten the excitement/fear about our sleepover in a legit haunted house. We all agreed to sleep with hall light on—and one eye open?—but other than a few strange noises and some flickering lights, we all survived the night unscathed.

It was a wild experience and, in the end, all the fear just added to the fun.

Another great spot, with a ton of things to do and see, is the city of New Orleans—from jazz clubs and Cajun dancing, to spicy food (I recommend the crawfish!) and haunted tours. New Orleans has a reputation for being “The Most Haunted City in America” and an interesting way to explore this side of the city is to take a tour through the cemeteries, which contain above-ground crypts and mausoleums.

FAST FACT: Because New Orleans is above sea level, the residents are unable to bury their dead “six feet under.” There have been many attempts, but every storm that rolls in raises the water level of the soil and the caskets are literally forced out of soil.

One of the most visited tombs is that of Voodoo priestess Marie Laveau. She practised Louisiana or New Orleans Voodoo, which is influenced by African culture and spirituality (charms and amulets for protection, healing or harming) as well as Catholicism, resulting in a religion that revolves around one God, but many lesser spirits and deceased souls. Marie Laveau became the Voodoo Queen of New Orleans for her powers as an oracle and exorcist, as well as her skills at conducting private rituals and spirit sacrifices. Known for her compassion towards the less fortunate, Marie Laveau still has people seeking her help (she has more visitors than the grave of Elvis). 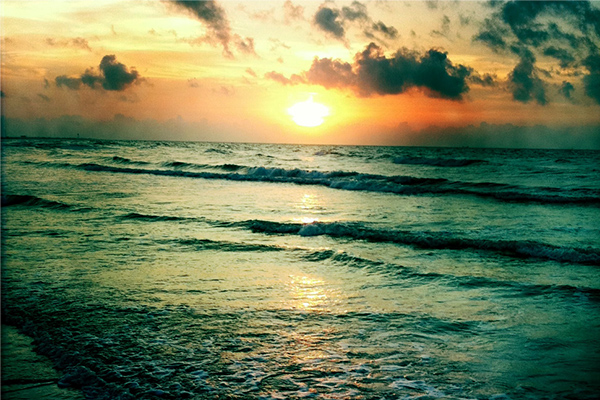 Overall, the oil spill has made its mark on the area, but it is slowly but steadily recovering.

The people who live there are energetic and resilient. They have not only survived, but thrived in an area prone to floods and hurricanes that wash away their homes (but not their positive spirits) and leave them to rebuild. One resident told me, “You mark your life by them.” The BP oil spill will probably be another life marker for many, but it will not define them.

For a fun mix of culture, history and outdoor adventures, check out this travel destination at www.visitlouisianacoast.com.

All photography by Steve Wewerka— a part of his Wandering I project.
Except for the image of the marshlands inundated with oil in May 2010, which is courtesy of Plaquemines Parish Government. 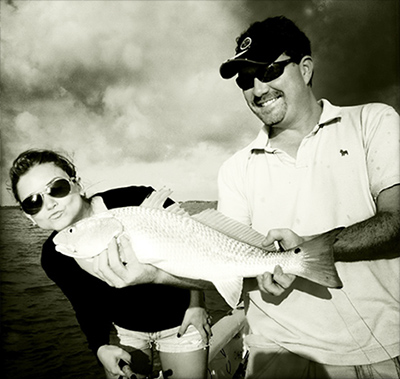 Travel the world, make a friend!
MEET THE PHOTOGRAPHER

Steve Wewerka grew up in Northern New Mexico where the colourful cultures of the people and the natural beauty of the area inspired him at an early age to adopt photography as a career. After graduating from the University of New Mexico with a degree in Fine Art Photography, Steve worked for a number of newspapers and periodicals. During this time he also launched a successful career as a freelance photographer.

Steve’s photographs have been published worldwide. His images have appeared on the cover of Life Magazine and in Time, Sports Illustrated and The New York Times, among others.
His new project, Wandering I, is based in the photographic minimalist tradition. Using only basic equipment, in this case his iPhone, Steve is forced to use all his artistic gifts to create captivating and compelling images.

Like the photos in this piece? You probably already have the tools to take ones just like them—with your phone!

What was it about photography that interested you in the first place?

I am a very visual person. My skills as a visual communicator are way stronger than my writing skills. I see the world in images. I love telling the stories of my travels, about life and about the human condition. My cameras are how I speak to others.

What advice would you give to someone interested in photography as a career?

The best advice is to study the craft and get a degree. Only uneducated people say uneducated things.  I double-majored in Fine Art Photography and Sociology: I studied the craft of visual storytelling and got intellectual tools to understand the human condition.

What is the Wandering I project all about?

The images, the stories, I am telling with my iPhone are about my personal growth as a photographer and about seeing and documenting the world we live in. There is a tradition in photography called minimalism. It’s not about creating minimal images with no detail, but about using the most basic tools. It is all about seeing. The iPhone has the most basic camera that is digital. I use an app that has one lens focal length, a 28mm, and one or two films. It is a great tool to make my focus on creating compelling images that aren’t dependent on lots of equipment.