It’s a Saturday night in the back streets of a large North American city.

Sitting behind the wheel of small import cars with engines revving are two young men staring each other down. Their feet poised over the gas pedals, they anxiously await the thumbs up. When given, the car is dropped into gear, the pedal is slammed to the floor and the two cars are quickly off, screeching their tires and sending up clouds of dust.

Sounds like a plot from a summer blockbuster movie. It is, and it isn’t.

Cars and movies have teamed up for many memorable films over the years. Movies like the The Fast and The Furious have brought the high-powered cars of today’s street racing scene to the big screen. But, what many of today’s street racers will tell you is that it’s not all about taking risks. 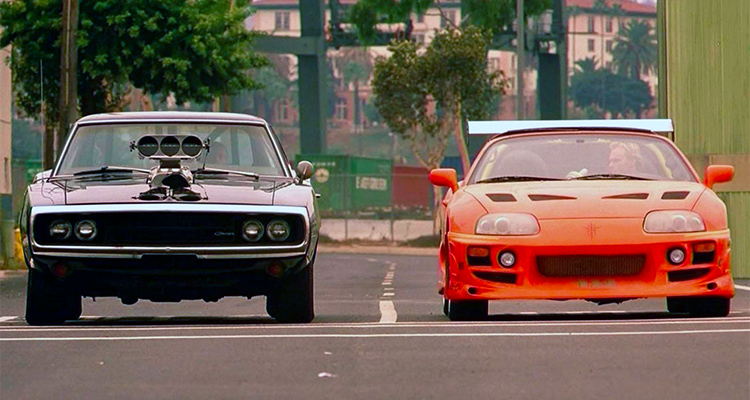 One racer lays out his rules of the road: “Don’t race on busy streets, be it day or night, especially if there is a school in the area. If you want to act cool in front of your friends, you shouldn’t be racing. If it’s not your car, you shouldn’t be racing it. Know your area…if you don’t know the road or the area, you are asking for big trouble. And, use common sense. Think before you go, and if you don’t think it’s safe, it’s probably not.”

These sentiments are echoed in many street racing chat rooms and on message boards that appear all over the Web, hosted and visited by both street and legal track racers.

“Remember that a car can kill you in any situation and that a real man lifts off the throttle in a dangerous situation,” says one racer known only as Dr. Disque.

The racers are also very adamant about flying solo.

“I will NOT race with someone in my car, no way, never,” says Turboed 2. “I know what I am doing is stupid, and I should be the only one to pay if something happens.”

“I never drive stupid when I have a passenger in my car,” says noslow5oh. “Usually it’s my girlfriend and I couldn’t live with myself if I did something that got her killed.” 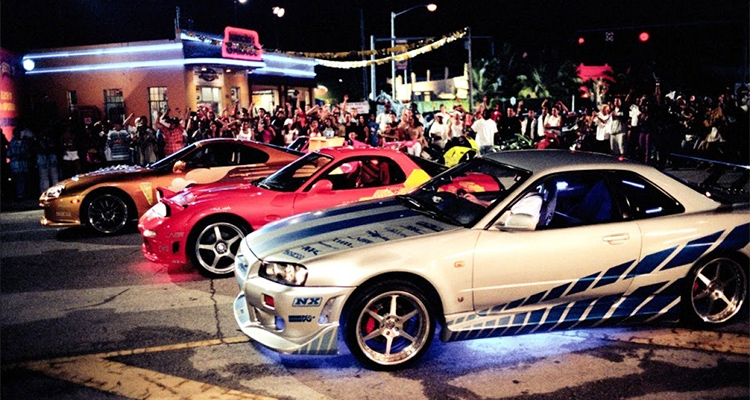 They all agree that they thrive on the rush they get from pushing their cars, and their luck, to the limit.

“I race because it’s a rush. I don’t do drugs or any of that garbage, so racing is my high for that moment,” says Zakk, 19. “It’s a rush running from the cops.” he adds.

A typical racer is a male aged 17-24 and most likely driving an import. Honda Civics and Camrys have been street racing cars of choice because of their size and street handling. The money being spent to supe up, remodel and refit these machines generally starts in the thousands of dollars.

“They’re definitely spending a lot of money on outfitting their cars,” says Lee, 16, whose boyfriend is a street racer. “Doing body jobs, painting, putting in systems, new tires, black lights, stuff like that. Making the car look nice is pretty much essential in this game.”

But you cannot forget about making the car faster by dropping in a powerful engine and modified air-intake and exhaust equipment. 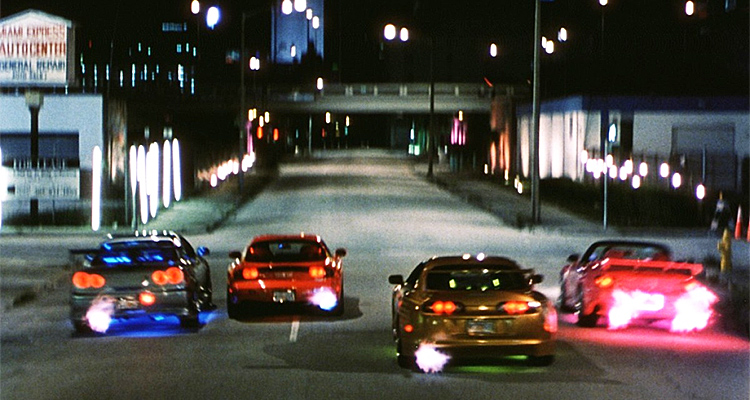 Race nights can sometimes attract crowds of up to 400 or 500 people. The meets begin with an inspection, by drivers and onlookers, under the hoods of the cars. Popular meeting sites in Toronto are on the Queensway, Steeles and Kennedy, Finch and Weston, and the Tim Hortons at Woodbine and 16th Street according to Toronto police. Another popular area to race is Ellesmere road. Police just ranked the intersection at Warden and Ellesmere as Toronto’s most dangerous in terms of accidents. Another popular stretch, Gore Road, says Sgt. Ted Holtzheuser of the Toronto Police traffic safety program, even had start and finish lines painted on it.

“Racers like to use streets on jurisdictional borders,” said Holtzheuser in a Toronto Star article, “so they can disappear a few blocks away, then resume when the cruiser turns around.”

Many of the racers like to use industrial parks and country roads “out in the sticks,” referring to the countryside. Most, but not all, say that racing on main streets is just asking for trouble.

“A lot of people view street racing as these hellions who like to race in the middle of the city and endanger the public,” says a racer known as LT, and adds, “In this, like anything, you have your morons [and] these people are your morons. The rest of us go far out in the sticks to avoid hurting anyone and causing anyone trouble.”

Unfortunately, these “morons” exist and people are getting killed. Such was the case in Ottawa, Canada’s capital. Two cars were racing on a busy street when one of the cars, a black Acura carrying four teens, lost control and smashed into a light standard. The driver was pinned in the driver’s seat and died before police could get him out. An 18-year-old male was taken to hospital with fractures. The other two teenagers were treated in hospital and released.

“Witnesses indicate that the vehicles were racing each other at a high rate of speed and one of the drivers—perhaps inexperience has a lot to do with it—over-steered coming around a curve at a high speed and hit the pole,” said Constable Dan Melchiorre.

It was estimated by police that the cars were traveling at speeds of 150km/h just before the crash. 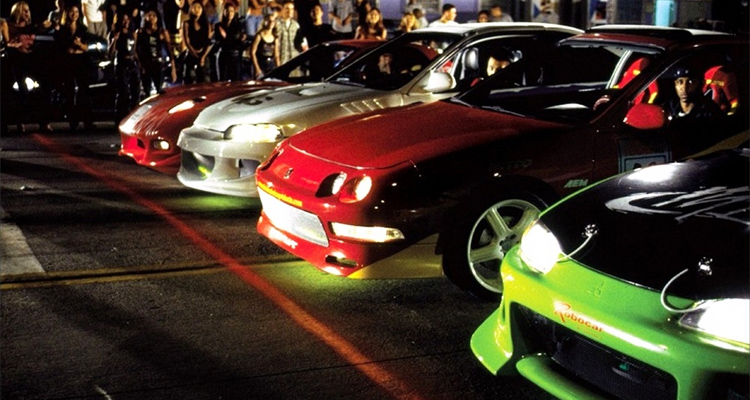 In Toronto, a street race killed a pedestrian. At 1:30 in the afternoon two seventeen-year-olds were racing east on Ellesmere Avenue in a Ford Explorer and a Mazda MX-3. The Explorer went out of control after bumping the Mazda, mounted the sidewalk and slammed into Steven Francisco, 18, before coming to rest on its roof.

The high school student had been walking, listening to music with his earphones on and never heard the truck coming. Francisco was pronounced dead at the scene. The drivers of the two cars were unhurt and both were charged with criminal negligence causing death.

“There’s not one teenage male who drives that hasn’t raced on the streets at one point or another. But it’s instances like these that reaffirm my beliefs that the police should sanction racing on closed roads on certain nights during the week,” said one racer in response to the incident. “At all other times, racing should be dealt with very strictly. They’re not going to make the problem go away, but why not make it safer and eliminate the possibility of another innocent bystander’s life being taken?”

Sanctioned racing on closed roads as a means to getting the racers off the streets may be a stretch, but police do recognize that a problem exists. Constable David Mitchell of the Traffic Unit, York Regional Police Service, and Constable Steven Barcham, Aurora Detachment of the Ontario Provincial Police developed strategies to coordinate the efforts of police agencies in the Greater Toronto Area. Police received instruction on laws regarding stock and modified motor vehicles.

A total of 1,687 vehicles were stopped during a four-month period and 1,001 charges were laid under various legislation such as the Highway Act, Environmental Protection Act, and Criminal Code violations.

On Canadian roads, the 16-24 age group is posting staggering numbers of auto accidents causing serious injury or death. This group makes up only 13% of the drivers on our roads—7% male and 6% female—yet they account for 26% of road fatalities and 26% of serious injury caused by an accident. Furthermore, 31% of passengers that died in car accidents and 34% that were seriously injured, also fall in the 16-24 age group. 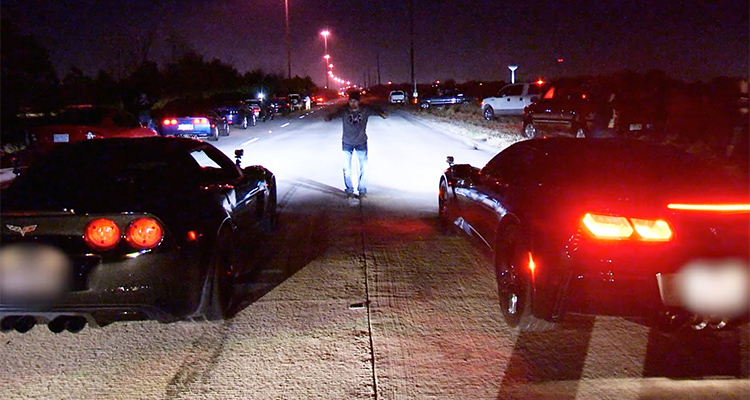 Realizing that young people are using city streets to race, police forces across North America are coming up with ideas to get the cars off the roads and onto legal racetracks.

Beat the Heat is a program that brings together teens and police officers to build and modify cars and then pits the young drivers against the officers in races. Started in the United States, there are currently over 150 Beat the Heat programs across North America.

Saskatoon has its own Beat the Heat chapter called Street Legal that runs under the motto, “If you want to race, the street is not the place!” Drivers between the ages of 16 and 24 are invited to race on a track in a controlled environment while learning about vehicle and traffic safety. For $15, they get to race from 6 p.m. until dark. Reaction from teens, says Constable Tim Bayly of the Saskatoon Police Service, has been positive. “We average 70-80 cars. They have an object they can see and touch, as well as take on the cops in a race at the track. It also provides a chance for them to speak to officers on racing and cars in a positive manner.”

The racers generally just want to use the awesome power of their cars and to show off the money and work they have put into them. If they have nowhere to do it legally, they are going to continue to race along city streets.

“In Saskatoon, we have a large street running East/West called 8th Street,” says Bayly. “It has three lanes each direction separated by a raised boulevard. This street has been the local “cruise strip” for many years. It is also where the illegal racing generally takes place. My partner and I stopped two guys racing on 8th Street and three weeks later one had been killed while racing. He never did make it out to the track.”

What is the one thing that Constable Bayly would say to a teen thinking of getting involved in street racing? “You cannot control all the factors while racing on city streets, and sooner or later, you will have to face consequences for your actions. Come out to the track and try and ‘Beat the Heat!’ You will find that police officers are easy to talk to, and we look forward to seeing you there.”

But the burden of making the right choice ultimately lies on the shoulders of those looking for a place to get the rush from speed.

“We must remember to respect our machines,” says a racer named Sean. “No matter how much money you’ve invested in beefed-up braking, once you get a few thousand pounds of metal, glass, rubber and plastic moving at a high rate of speed, and you lose control, well that is a weapon and it’s likely to hurt you or someone else.” 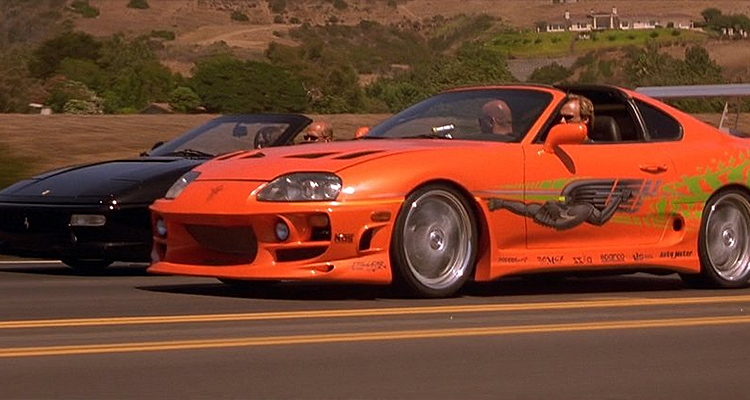