At 17, Jesse Martin wanted to become the youngest person to sail solo around the world.

Imagine yourself on a boat looking out at the horizon, and all you can see is the water meeting the sky with no land in sight, and you are sailing straight ahead to meet the world. Jesse Martin does not have to imagine this: he is living it. 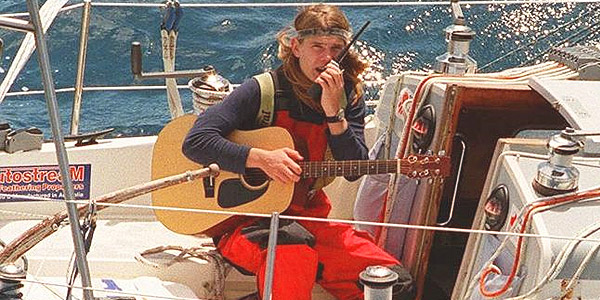 On Dec. 7, 1998, at 17 years old, Jesse departed from Melbourne, Australia on his boat, Lionheart, to attempt to become the youngest person to sail solo and non-stop around the world. He sailed south of New Zealand, through the South Pacific, around South America, north on the Atlantic, back south past Africa, through the Indian Ocean and back to Melbourne.

Even as a young child, Jesse had been an adventurer who travelled all over Europe and Asia with his parents. Born in Munich, Germany in 1981, he moved to Australia with his family when he was only two years old. The Martins moved close to a rain forest in Cow Bay, about 3,500 kms north of Melbourne, where they built a small house that had no electricity or running water. Jesse grew up at the beach enjoying the outdoors to its fullest.

At 14, Jesse sailed for the first time with his father and his brother, Beau. It was after this trip that he began to dream about sailing around the world. But first, Jesse sailed a catamaran from Cairns to Cape York, then he and his brother kayaked in the rivers of Papua, New Guinea. From there, Jesse went on to join a yacht crew to sail from Belize to Tahiti. These experiences kept his dream alive. 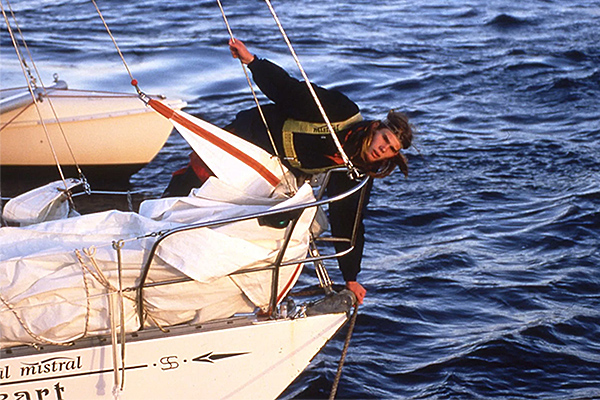 Jesse’s family played an important role. “I was made to believe I could do anything,” he says. Although, he says, there were others that were not so encouraging or supportive, “People that I looked up to, respected and trusted told me I couldn’t. Thankfully, I trusted myself. There were people that said that the boat couldn’t be ready by the time I had to leave.” However, through perseverance and belief in himself, he was able to do what many told him was impossible.

On Oct. 31, 1999, more than 10 months after he set sail, Jesse Martin went down in history as the youngest person to sail around the world solo, nonstop and unassisted. 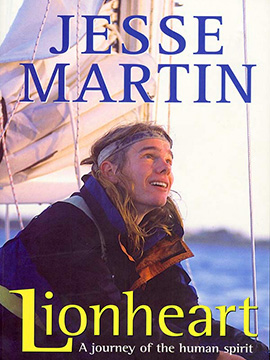 Jesse remained on dry land only long enough to document his voyage in a book called Lionheart: A Journey of the Human Spirit, and to plan his next adventure. He is now off on what has been named “The Journey of Kijana,” a two-year, around-the-world excursion crewed by five young people.

At one point on his solo trip, as Jesse overcame the obstacles that faced him, he says, “I started thinking not of what I could do after this trip, but more like what couldn’t I do! Yeeeehaaaaa!!” 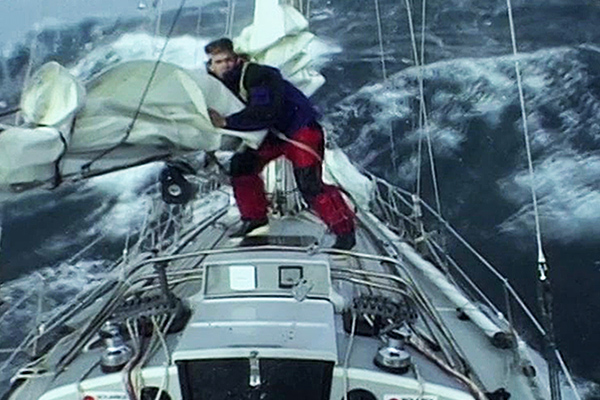 Around The World With Jesse Martin 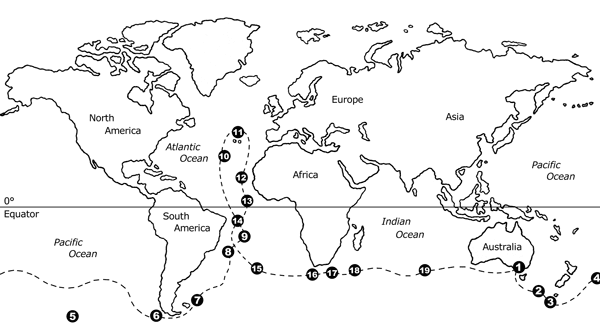 It’s worth mentioning that other young sailors, male and female, have made successful solo circumnavigations of the globe (and many more have failed). But Jesse Martin set a new standard by both being the youngest to that point, and more impressive, the only of any sailor 21 and under to complete the journey non-stop AND completely unassisted. Only one other young sailor, 16-year old Australian Jessica Watson, has ever done that. She took over the record for the youngest solo circumnavigation in 2009, 11 years after Jesse’s success. Both of them are exceptional human beings.