This year marks the 120th year of the first contemporary marathon race.

When it comes to running, there are no boundaries or language barriers. In fact, many places around the world host marathons that aim to provide their runners with a one-of-a-kind experience. These can range from being up close with wildlife while running through the African safari to going all the way back to where it all started in Greece. If you’re planning to run a race, check out some of these awesome marathon destinations. 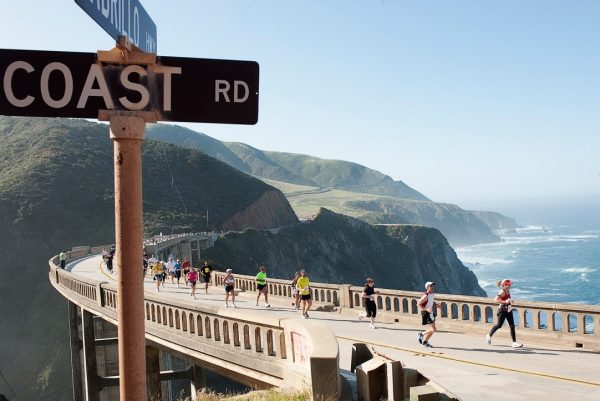 Held at Carmel, California, the Big Sur International Marathon is known as the world’s largest rural marathon. Before the race, participants can visit the world-renowned Monterey Bay Aquarium. The Julia Pfeiffer Burns State Park is another attraction stretching from 3000-foot mountain ridges to underwater canyons and rocky seaside cliffs. During the race, the participants will be running with a breathtaking backdrop of the Pacific Ocean vista.

Are you up for a challenge? Hosted at Cusco, Peru, the Inca Trail Marathon to Machu Picchu is identified as one of the most difficult marathons in the world. With Cusco’s rich history of being once the capital of the Inca Empire, participants can explore several ancient archeological sites. During the run, participants will get to see the stunning landscape of the “Lost City of the Incas”, Machu Picchu, and the Sacred Valley.

Held in Greece, the Athens Marathon is perfect for those of you who are interested in history, mythology, and architecture. There are many tourist spots and historic sites to visit like the Parthenon and the Acropolis of Athens. During the race, spectators will be cheering on the participants creating an atmosphere similar to the Olympics.

Another great marathon for those of you who love history and the arts is the Rome Marathon. As a participant, you will get the opportunity to explore Italy’s ancient capital along with 12000 runners. The marathon brings you up close to several historical sites like the Colosseum. While in Rome, some of the tourist attractions that you definitely need to check out are the Pantheon, the Trevi Fountain, and the Saint Peter’s Basilica.

Located at Limpopo, South Africa, participants can explore and check out the wildlife of the African savannah. The marathon is held in one of the “Big Five” game reserves in Africa. There are no fences or rivers that separate the runners from the African wildlife. Make sure to keep your eyes peeled. You might spot an elephant or even find yourself running alongside giraffes.

6. The Great Wall Marathon (May) – great-wall-marathon.com

How cool is it to run a marathon at one of the Seven Wonders of the World? Located at Tianjin, China, the Great Wall Marathon is known as one of the toughest running events. However, it is also considered as one of the most scenic and beautiful around the world. After climbing the Great Wall of China’s 5164 steps, participants can visit some of Tianjin’s tourist spots like the Temple of the Queen of Heaven and the iconic Tianjin Radio and Television Tower.

The Tokyo Marathon represents the past, present and the future of Japan’s capital city, Tokyo. Participating in this marathon is a great opportunity to explore the host city of the 2020 Summer Olympics and Paralympics. During the race, runners will be passing by a number of Tokyo’s popular tourist attractions and historic sites, including the Imperial Palace and the Tokyo Tower.

The Australian Outback Marathon gives their participants the chance to run on Australia’s famed “Red Earth” and explore the Australian outback. During the marathon, runners can see the majestic and monolithic red rock formations of Uluru and Kata Tjuta.

If you’re one of those adventurous people who want to travel the world, running a marathon in Antarctica will definitely check that off your bucket list. The Antarctic Ice Marathon held at Union Glacier, Antarctica is known as the coldest and windiest marathon. It is the only foot race within the Antarctic Circle.

Now is the time to lace up your shoes and start training. Which of these incredible marathons would you participate in?